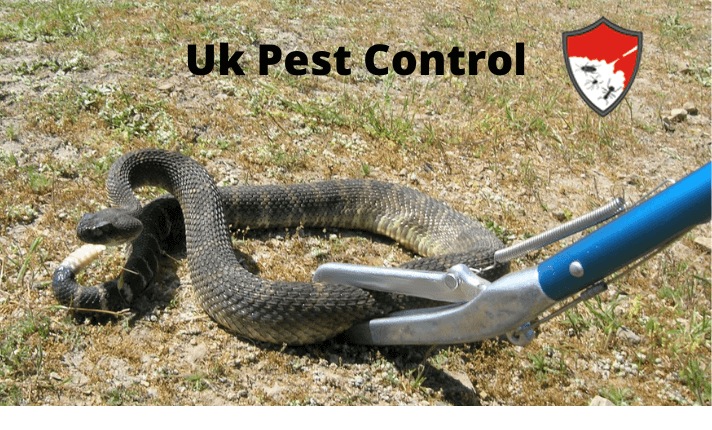 If you have found a snake residing in your home and want it removed, it’s smart that you’ve contacted best pest control for snake control in bd services. Snakes, or perhaps one snake, in or around your home or workplace may be very dangerous. When a snake enters a home or workplace or threatens the protection of someone or a pet, then snake removal is important.

Snakes are extremely useful to the atmosphere, eating insects, rodents, and other small prey, so snakes shouldn’t be killed simply because you discover one. we do exterminate, and that we do use chemicals. We do provide an industry-standard removal and prevention service that guarantees snakes won’t have access to your home again.

How Important is it to Snakes Removed?

There are some key reasons that should prompt you to hire us for a snake removal job. If you encounter a Rattlesnake in your home, you’re immediately at risk of being bit by its venomous fangs. They post more serious threats to pets and children. If they are in your home because of a food source like mice or birds, they may end up carrying bacteria with them to other places in your home.

Regardless of species, you can get bitten, and may require medical attention. They may sleep in areas where we put our feet or step on, and severely frighten a family member. Snakes are explicitly more afraid of humans and pets than we are of them, and that’s one good reason to treat them humanely and get them back into their natural environment where they have more control of their surroundings.

When Snakes Get into Your Home

Snake in-home removed Snake are generally quite sensitive to a human’s presence so when they get into your home, they’re not easy to spot or even realize they’re there. But once you do see one, it will surely cause a concern.

Although the majority of snakes are completely harmless, there is the possibility that the snake you’ve encountered is one of the venomous types, of which means you need to take the proper precautions for the sake of the safety of your family and pets. An encounter with a snake is not worth the cost of getting bit by a dangerous one.

One of the snakes of the most common area enter homes is through the openings in weeping bricks. A good percentage of the time and open doors are their entry points.

A snake problem calls for the help of an experienced removal specialist to ensure all precautions are taken, that the snake is handled and removal humanely, and that effective prevention and control methods are devised and properly implemented.

What Shouldn’t I Do If I See a Snake in My House?

Snakes don’t particularly like to live near humans but if they accidentally make their way into your home or basement, they may need some help leaving. Snakes also hibernate in the winter and at those times are rarely seen. But come spring, they start slithering about and are looking for the way to the front door. Sit back and let us help them get there.

If after the snake is removed, you still have worries about other snakes getting back in, we’ll introduce you to our snake control and entry prevention methods which are guaranteed to ensure snakes won’t re-enter in the future.

HOW DO I GET RID OF SNAKES?

If you’ve got a snake on your property, you might just want to leave it alone. It’ll be on its way. If you see it habitually and don’t like it, then you might want to have it removed. If you have a snake within your house and you’re unsure of the species, do not try and catch it.

Most cases of bite really occur once a person is attempting to kill or catch a snake. Leave it alone, or isolate it if doable. A life management professional will return and take away the snake. For a lot of information, browse the way to Catch Snakes. additionally, some people are ready to use snake traps to catch snakes.

These traps utilize a sticky pad. So if you use such a entice, take care to spray oil on the captured snake to unharness it elsewhere. Maybe the most effective thanks to getting eliminate snakes are with snake interference. Eliminate the options on your property that attract snakes, like excess scrap, or gaps beneath the concrete.

Do snakes come out at night?

When it comes to snakes going out during the night, it will depend on the species. Some snakes are nocturnal while others are not. The snakes will eat small rodents and reptiles. Their prey like to go out in the night, so some snakes will come out to find their prey during the night, but some will sleep instead. Snakes are cold-blooded, and this means that their metabolism will depend on the environment. When it is cold, the snake will not move quickly and it will not be able to hunt well. In high-temperature places, the snake can be nocturnal during summer since it is warm at night, and this is the reason why nocturnal snakes are common in tropical places.

One common type of snake that will come out during the summer nights is the northern copperhead. They normally emerge after dusk and they can be found during the entire night. Copperheads and the black kingsnake are other types of snakes that will appear during the night.

The king snake is normally the first snake to go out during the evening and it can continue to forage late into the night. The copperheads can make an early exit and they may not be found later in the night. Small snakes like worm snakes may be out in the morning hours to gobble up earthworms. The small snakes may move within small branches and twigs, and they can be found moving over roads.

The rat snake is another type of snake that can be out during the dusk until nightfall. The milk snakes are normally active during summer nights. Certain snakes and other rodents do not like to go out during well-lit nights since it may expose them to predators.

Snakes will tend to go out during cloudy nights. The clouds will cover them and it will insulate the ground and make it warmer. The clouds will filter out the moonlight and they are associated with more barometric pressure and humidity, which are good for snake activities.

There are too several snake species to catalog here. Some facts common to all or any snakes – they need no eyelids. They smell with their tongues, by flicking the forked tongue out and tasting the air with the Jacobsen’s organ. they are carnivorous. Some provide birth to live young, however, most lay eggs. One story regarding snakes is that if a snake has a triangular head, it’s toxic (venomous).

This is often not true – most snakes have triangular heads. As reptiles, their temperature is regulated by close temperatures. typically, they will sun to lift the temperature. several snakes sometimes favor hiding below significant cover in cool areas. All snakes are strictly carnivores. and since they cannot chew, they swallow their food whole. The poo and pee out of a similar hole.

The important factor to know is that almost all snakes are non-venomous, and just about none of them are aggressive. That is, no snake can slide up to you and attack you. Most can run, and a few can stand their ground, however, if you permit the snake alone, it will leave you alone. that is how it works for many animals.

Snakes sleep in a large kind of habitats. Some are nice climbers, some are aquatic. Most are terribly patient once it involves catching prey – they sit still and silent for a while, then once a prey item is in reach, they strike! Some kill by venom, some by constriction. Some simply grab bugs and eat them.